To trade means to be as mobile and flexible as possible. These are the principles followed by G.R. Agro. The company works with both large and small and medium-sized farmers. Regardless of the size and status of the supplier, we try to provide quality service from the field to the end consumer. As already mentioned, G.R. Agro, as a trader, operates in several bases, mainly CPT and FOB. In 2020, the company plans to launch work on CIF. The company tries to adapt as much as possible to the agricultural producer, to take into account what conditions he wants to get: whether it is transshipment through the company’s elevator or transshipment with counterfeit products, etc. Thus, for each supplier (and taking into account the specific volume of goods) employees of G.R. Agro can offer several options for cooperation. Therefore, the company’s customer base is only increasing. Among the company’s partners are «players» such as Ltd. «Agrotrade», Ukrlandfarming , LLC «ADM Ukraine», LLC «Louis Dreyfus Company Ukraine», LLC «SC Cargill»,  LLC «Kernel-Trade», State Food and Grain Corporation of Ukraine (SFGCU), Ltd «Grain Power», LLC «Ahroprosperis Trade»,  Sierentz Global Merchants,  Black Sea Commodities , Al Ghurair Resources.

G.R. Agro works with different crops. Traditionally, most of the portfolio is occupied by wheat, sunflower and corn.

«There is no culture we don’t work with. If barley, then barley, if rapeseed, then rapeseed, if peas, then peas. I believe that we should not be limited to one culture. After all, this is a new experience, an opportunity for growth and scaling,» said Dmytro Sukh, the company’s commercial director.

The trader is planning a natural increase in grain sales, and is now focusing on the development of logistics. In 2020, according to Artem Rempen, the company’s chief operating officer, GR Agro plans to sell 350–400 thousand tons of products on the domestic market and for export, as well as 350–380 thousand tons on FOB terms. The company scrupulously shapes its pricing policy. It is worth noting that if the Canadian founder has more control over strategic issues, then within the company, especially during the harvest, there is a daily discussion of the price situation in the market. The «Price Committee» decides what strategy to follow and how to act. 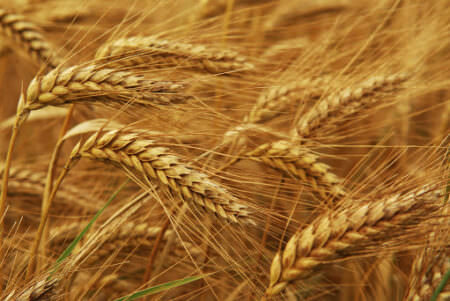 In 2017, the company, as a minority partner, acquired shares in 4 more elevators: in Verkhivtseve, Novomykolayivka, Varvarivka, Rozdory (Dnipropetrovsk region). After working with these enterprises, they decided to abandon the two storage facilities and buy additional shares in Varvarivskyi and Rozdorskyi elevators. Simultaneous storage capacity: 32 thousand tons and 12 thousand tons, respectively. The company uses the Rozdorsky elevator as a transshipment point for cargo, which will then travel across the Dnipro.

In May 2020, G.R. Agro acquired its fifth most powerful elevator (single storage capacity of 97 000 tons) in the Zaporizhia region (Pryshb), which had previously been part of the Louis Dreyfus Company. Thus, today the total storage capacity of agricultural products is more than 200 thousand tons and currently the company does not plan to increase the volume of enterprises. During peak periods, elevators of G.R. Agro Group can take 15 thousand tons of grain per day. We are constantly modernizing and improving them.

The company has invested more than $ 6 million in the reconstruction of two elevators. Of the five elevators of G.R. Agro, two are route (Vilnohirsky and Inguletsky), in 2021 the routing of Varvarivsky is planned. Work is also underway to bring the Pryshib station out of operation, as the Pryshib elevator itself is a route elevator. At all elevators of G.R. Agro, products accept 12 kopecks per 1 ton. In addition, companies practice from one to two months, depending on the culture, free storage of goods. If the cost of services does not exceed the cost of grain, the elevators of G.R. Agro give farmers the opportunity to pay for elevator services during the sale of goods. That is, the farmer does not need to further «divert» funds for storage and forgery of grain. 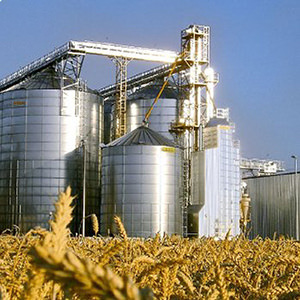 G.R. Agro provides grain logistics services in all areas: rail, road and river. However, due to problems with railway transportation (lack of traction, high tariffs) from the end of 2019 to the beginning of 2020, the company began to focus more on road and water transport and closed the project «Grain cars». According to Artem Rempen, in the logistics structure of G.R. Agro in 2020, road transport occupies about 50%, 20% – rail, 30% – water.

In July 2020, the company purchased five new grain trucks (Ford 1848T tractors and Bodex semi-trailers with a capacity of 55 cubic meters). The total cost of the cars is € 545 thousand, of which 380 thousand were financed by Piraeus Bank. Thus, the fleet for grain transportation has grown to 55 cars.

At the end of 2018, the company started working with river transport for the first time. And in the spring of 2019 G.R. Agro sent 5 barges one after another, without stopping unloading. After testing water logistics, the company decided to build its own river terminal. Therefore, in July 2020, we launched a transshipment terminal on the Dnieper in the Upper Dnieper district of Dnipropetrovsk region. On the territory of the terminal there is a weighing complex, a laboratory, a stationary ship loader and a belt reloader with a nominal capacity of 350 tons/hour. Estimated loading time of the barge is one day, maximum settling is 3.8 m. The complex is maximally automated, starting from grain weighing and ending with the control of the ship-loading machine. Therefore, it is served by only 12 people. By the summer of 2021, silos with a capacity of 15 000 tons of simultaneous storage are planned to be installed on the territory of the grain terminal. Thus, grain can be loaded on a barge not only directly from cars, but also from silos.

Inspired by the advantages of water transportation, G.R. Agro decided to launch 7 more river terminals for grain and oilseeds transshipment within 2 years. In addition, in 2021 the company plans to purchase one or two barges (capacity 2 thousand tons each) to transport goods. Most likely, this project will be financed by a Canadian bank.

Investments in this project can amount to $ 5–6 million, which with good navigation can pay off in 4–5 years. Thus, having formed a strong base for storage of agricultural products, in 2020–2021 G.R. Agro will focus on the development of automotive and river logistics to improve the service. 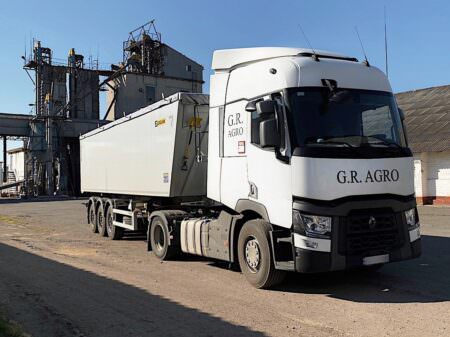 G.R. Agro is considering 6 areas to expand its elevator network

all at once
news
prices